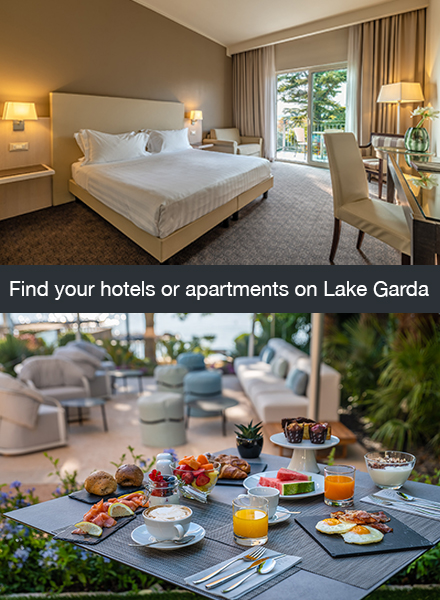 Garda Outdoors – Il magazine del Lago di Garda
Home Culture & what to see The 5 islands of Lake Garda. What if they were 6?
Facebook
Twitter
Pinterest
WhatsApp

Lake Garda is the largest lake in Italy, with an area of ​​about 370 km². And in all this freshwater sea, do you want to miss some beautiful islands to visit?

In this article we indicate, in decreasing order of size, the 5 islands that populate Lake Garda; destination for swimmers, tourists, sailing and motor boats, kayaks, sup, but also for many fans of scuba diving. What if they were 6? Read in one breath and you will find out!

Isola del Garda, the largest island on Lake Garda, over the centuries has hosted illustrious characters from the Roman era to the present day. Located on the Lombard shore, it is part of the San Felice del Benaco (BS) area. It is now inhabited by the Borghese-Cavazza family and can be visited for a fee from April to October. You can see some rooms of the splendid Venetian neo-Gothic style villa and then lose yourself in the beauty of its Italian garden and English park. This island deserves to be explored with a separate article entirely dedicated to it: click here.

The small San Biagio Island by the locals is also called “Rabbit Island”, as it was its small inhabitants years ago. It is a private island, open and open to visitors from May to September, with a modest entrance ticket. The Island of San Biagio can be reached from Porto Torchio (Manerba del Garda – BS) by taking advantage of a private boat-taxi service that shuttles from the marina to the island during the day. Or with your own boat (there is a private dock for landing), Sup, Canoa. The island can also be reached on foot from the beach by wading the isthmus on foot, when the water level allows it. In every season, the water level of Lake Garda can in fact vary depending on weather events and use for hydroelectric energy. For more detailed information, please refer to the article dedicated to it: click here.

In front of Assenza di Brenzone (VR), we find the Trimelone Island, a small island that is the guardian and witness of the troubled Italian history of the twentieth century: from the two World Wars to the Years of Lead. In the years preceding the “Great War” it was used as a war outpost due to its tactical position on the border with the Austro-Hungarian Empire which ran up to Navene.

Weapon divers recently discovered and removed 24,700 explosive devices in the depth range between 10 and 40 meters, including bombs, grenades and fuzes, plastic tablets and a lot of T4, also composed of TNT. Today the island of Trimelone is an environmental oasis, where numerous seagulls and cormorants find refuge here, nesting undisturbed in the quiet. Some military buildings are still visible: the barracks, the fort and a small port now dismantled. There is a ban on landing, docking, fishing and approach given the danger of the site, where a considerable amount of war material is still stored.

At the southern end there is a statue of the Madonna, more easily visible for those traveling by boat, respecting the prohibition of approaching it. Instead a little further north, about 200 meters from the island, it is possible to carry out scuba diving on the nearby shoal that drops down to -8 meters close to a wall that ends with a rounded rock from where expert divers have traced three routes precise that reach -45 meters.

South of Malcesine (VR) we find the Isola del Sogno, which takes its name from the hamlet of Val di Sogno. Although on all the websites it says that “when the level of the lake drops and shoals form, it is possible to reach it on foot as it is only 20 meters from the coast”, in reality we would like to clarify that it is private property. Therefore access is prohibited. Anyone who ventures illegally does so at their own risk with infringement.

The Dream Island is known among divers for the presence of a wreck at about 40 meters deep. It is an iron cabinet named delsey sunk in 1987 about 16 meters long known as the wreck of Rome 3912 due to the writing still present. Often one meets a historic Burbot who lives there. The wreck can be reached in two ways: directly from the shore, following the chain to which it is anchored, or by referring to the guide line of the blue fender 50 m from the shore.

Still continuing towards Malcesine (VR), you will find Isola dell’Olivo, the smallest of all and one of the landmarks during the famous “Centomiglia” sailing regatta. The island is very wild, but there are numerous smooth rocks where you can lie down to sunbathe.

Isola dell’Olivo is also a destination for divers, who can explore a small cave at a depth of about 13 meters, rich in lake plants and fauna, the final part of which sinks down to -30 meters. To the north of the island, always under the splendid waters, a wreck of about 10 meters can be seen resting on the seabed, which has become a refuge for various species of fish.

Now you may well ask: “What is the sixth?”

Well Sirmione is also partly an island and a peninsula that …

“FROM THE BREAST OF THE LAKE FIVE ISLANDS ARISE TO WHICH THE DA PERSICO ADDS SERMIONE AS THE SIXTH ISLAND, BECAUSE EZIANDIO CATULLO CALLED IT.”.
ODE DEL CARME 31 – NUGAE OF CATULLUS

In fact, the splendid peninsula of Sirmione is made an island by the presence of the drawbridge at the entrance to the pedestrian area with limited traffic.

Got it dear Outdoors? Until next time!

Where to sleep – Where to eat – Experiences on Lake Garda.

Discovering Lake Garda by Trike: the 3-wheeled motorcycle that conquers everyone!

The “hidden” waterfalls of Lake Garda.

The Strada della Forra: the eighth wonder of the world is located on Lake Garda.

Garda Outdoors is not a newspaper as it is updated without any periodicity. It cannot therefore consider an editorial product under the law n° 62 of 7.03.2001. The author of the magazine is not responsible for the content of comments on posts, nor for the content of linked sites. Some texts or images included in this magazine are taken from the internet and, therefore, considerations in the public domain; if their publication violates any copyright, please notify us by email. They will be removed.

Subscribe to the Garda Outdoors Newsletter, the magazine of Lake Garda