Lake Ledro, everything you need to know for a perfect holiday.

A series of tips on what to do and what to see at Lake Ledro, a splendid lake with crystal clear waters, located a few km from Riva del Garda and Limone.

Lake Ledro is located 655 meters above the sea level, in the valley between Lake Garda and Lake Idro; it is one of the many lakes of Trentino, with crystalline waters; it is surrounded by woods and is an ideal place for bathing, fishing and water sports.

Lake Ledro was born from a morainic barrier dating back to the fourth ice age. Its territory was one of the protagonists of the First World War which forced the inhabitants of the area to move between Austria and Bohemia. In 1928 Gabriele D’Annunzio detonated the last mines in the valley; the construction of the 6 km long tunnel dug into the side of the mountain that allows the waters of Lake Ledro to supply energy to the Riva del Garda Hydroelectric Power Station seems to be his work. The story tells that D’Annunzio landed on the waters of Lake Ledro with his seaplane to inaugurate the tunnel that would have supplied electricity to Riva del Garda.

Gabriele D’Annunzio had a strong impact in the area, just look at the Vittoriale degli Italiani.

Where is Lake Ledro.

Lake Ledro is located north-west of Lake Garda. It is 15 km from Riva del Garda and 25 km from Limone sul Garda.

The villages of the Ledro Valley.

Prè is not crossed by the state road due to the will of the inhabitants of the town. During the winter, from the day of San Martino (11 November) to that of Sant’Agata (5 February) the town does not see the light of the sun because it is located at the bottom of a basin, and for this reason its inhabitants are called Malmauri. Places to visit are the Church of San Giacomo Maggiore, the Officina dei ciuaröi, where the tradition of craftsmanship of the broche (shoe nails) survives and Leano, a village in the mountain pastures above Pré that comes alive in the summer months.

The town of Molina di Ledro is located on the eastern shore of Lake Ledro. In 1929, more than 10,000 poles were found in Molina, evidence of the pile-dwelling settlement that existed on Lake Ledro during the Bronze Age, more than 4,000 years ago, as evidence of this today the Museo delle Palafitte della Valle di Ledro has been built. This village also offers a beach equipped with toilets, playground, beach volleyball and tennis court. To visit we find the Church of San Vigilio in Molina and the Sanctuary of the Madonna delle Ferle in Barcesino. Small curiosity, this town is the birthplace of Andrea Maffei, a famous poet and translator.

Mezzolago is considered the pearl of Lake Ledro for its sunny position sheltered from the wind. On the shores of the lake there is a small beach equipped with a picnic area and playground. Mezzolago also hosted the illustrious poet Gabriele D’Annunzio, who arrived on March 18, 1928 for the occasion of the construction of the tunnel that would lead the water of Lake Ledro to the Riva del Garda power plant. 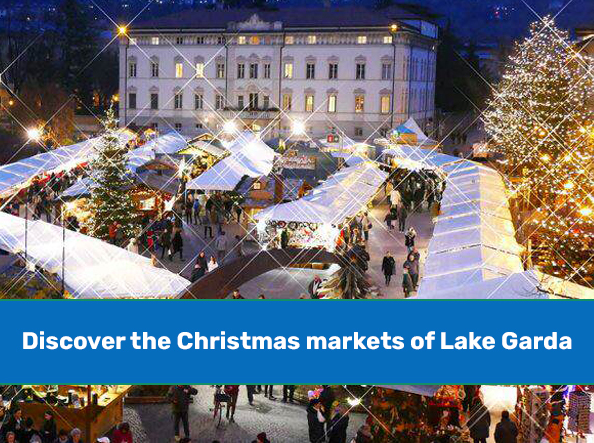 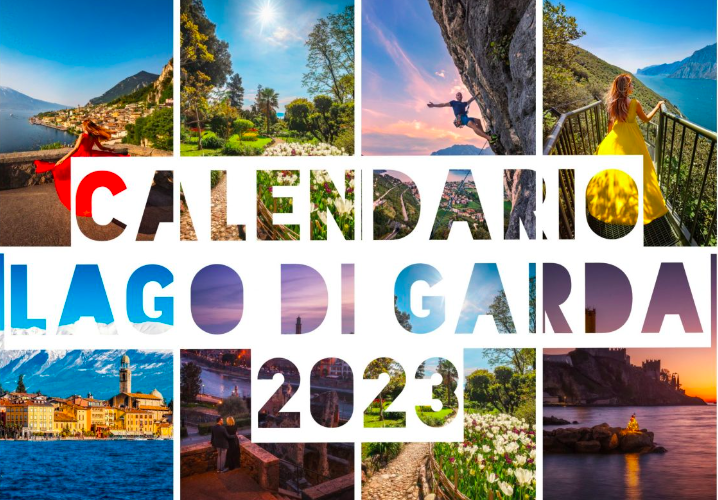 Pieve di Ledro is located on the western shore of Lake Ledro and is the center of the Ledro Valley. Along the shores of Lake Ledro there is a large beach equipped with toilets, beach volleyball court and playground. The historic center offers picturesque views and there are also some small shops. Worth seeing in Pieve di Ledro are the Church of the Annunciation, with its onion dome and the Foletto Pharmaceutical Museum, which tells the story of the production of medicines, liqueurs and syrups with herbs and fruits from the Ledro Valley. Famous throughout the Ledro Valley, and beyond, is the Fiera di San Michele or desmontegada.

Val Concei is a natural valley of Valle di Ledro, covered with meadows and woods. At the beginning this valley is home to three villages, Locca, Enguiso and Lenzumo. The nature trail at the bottom of the valley leads to the Al Faggio Refuge. Mount Cadria, with its 2,254 m is the roof of the Ledro Valley. Interesting are the Sagra di Locca, the last Sunday of July, with the famous caponecs, the Sagra di Lenzumo, the last Sunday of August, with the pole of the cuccagna and the Sagra di Enguiso, the third Sunday of September, with the Brock Master, an artificial wall climbing competition.

Bezzecca is famous for the Battle of Bezzecca, between the Austrian and Italian troops under Garibaldi’s command in 1866, with the famous Obbedisco! pronounced by Garibaldi. To visit the Church of Santo Stefano in Bezzecca, the Colle di Santo Stefano with military shrine and trenches of the Great War, the Garibaldi and Great War Museum on Lungassat in the village and the Church of Santa Lucia in pratis just outside the town, with some frescoes dating back to the fourteenth century.

Tiarno di Sotto was also called the town of the lords for the numerous stately homes that characterized the town center. To visit the church of San Bartolameo, whose bell tower of 72 m, is the second highest in Trentino, the church of San Giorgio, the waterfalls of the Massangla stream, including that of the Gorg d’Abiss, the Bugatini mill and the Roman bridge of Croina.

Tiarno di Sopra is the largest town in the Ledro Valley and is located at the entrance to the Ampola Valley. The town is crossed by the Rio Sacche and is divided into five districts: Brì (yellow), Cerì (green), Belisse (blue), Nadri (red) and Violì (purple). In Tiarno di Sopra you can visit the Church of Saints Peter and Paul, the Monument to the fallen of the two world wars, Lake Ampola and the Church of Santa Croce on the road to Tremalzo.

What to do on Lake Ledro.

The Palafitte Museum of Ledro Lake recreates the atmosphere of what was a village of stilts during the Bronze Age, 4000 years ago. This museum is also part of the territorial network of museums to which MUSE, the Science Museum of Trento, belongs.

Ledro Land Art, in the pine forest of Pur, a few steps from Lake Ledro, is a path that runs along the Assat stream leads to Malga Cita, and houses site-specific works, created every year on site with natural materials during the summer season.

Trekking to the Madonnina di Besta.

If you want a nice trek, simple but with a truly spectacular view, then you absolutely must reach the Madonnina di Besta, in 45 minutes and 300 meters in altitude you will find yourself in front of the spectacular Lake Ledro seen from above.

Trekking to the Nino Pernici refuge.

The trek to the Nino Perici refuge in the valley floor is an ideal excursion both in summer and in winter with snowshoes; this refuge has 30 beds and serves as an excellent starting point for visiting the surrounding ridges.

If, on the other hand, you are looking for a bit of tranquility, Lake Ledro offers 4 beaches, one of which, in the southern part, is equipped for our animal friends who will be able to cool off in the splendid waters of Lake Ledro together with their owners!

If you want to reach Lake Ledro by bike or on foot, the Ponale road is an excellent alternative; it was used as a road for the passage of cars until the early 90s, and today it is open for the passage of pedestrians and cyclists who can enjoy unique views of Lake Garda.

What to do around Lake Ledro.

Explore the hidden waterfalls of Gorg D’Abiss, Palvico and Ampola.

In the surroundings of Lake Ledro, we find 3 hidden waterfalls that are a relief from the summer heat; these are the Gorg D’Abiss waterfalls (closest to the town of Storo), Palvico (54 meters high and frequented by canyoning), Ampola (the closest to Lake Ledro).

Riva del Garda is also a beautiful town which is only 15 km from Lake Ledro and offers a multitude of sports, culture and much more, all to try!

While, just 25km from Lake Ledro it is possible to visit Limone, with its lemon groves and its cycle / pedestrian path known throughout Europe!

Among the various events that animate the Valle di Ledro in summer, we point out the fair of San Michele which takes place every year in Pieve di Ledro towards the end of September, in conjunction with the transhumance, at the end of which there is the election of the most beautiful cow. We report the presence of various sporting events organized during the summer; to stay up to date, we recommend visiting the official page of Lake Ledro!

Where to sleep on Lake Ledro and its surroundings.

If your intention is to stop right in the Ledro Valley, we recommend two different apartments, located along the shores of Lake Ledro, La Mansarda di Rossella and the chalets of Ledro Lake Project. If, on the other hand, you prefer a central location, to be able to relax and visit as many things as possible, here you will find a list with our advice on the best places to sleep!

Where to eat on Lake Ledro and surroundings.

There are several restaurants, huts and farmhouses that offer excellent dishes throughout the Ledro Valley, nearby we point out some excellent proposals throughout the area of Lake Garda, with a particular look towards aperitifs and small refreshing breaks from summer heat with excellent ice cream!

That’s all for today too,

see you next time Outdoors! 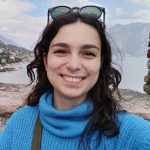 Marketing student, I have always been a great lover of trekking and excursions. In my free time I love to spend time outdoors, to discover what our territory offers to us. I am a very organized and precise person, but also a great talker who delights in giving advice on places to visit and places to eat!
See all articles
PrevArticolo PrecedenteLazise, ​​on Lake Garda: a jewel village and the first municipality of Italy.
Articolo SuccessivoLake Tenno: a turquoise jewel just a few minutes from Riva del Garda.Next 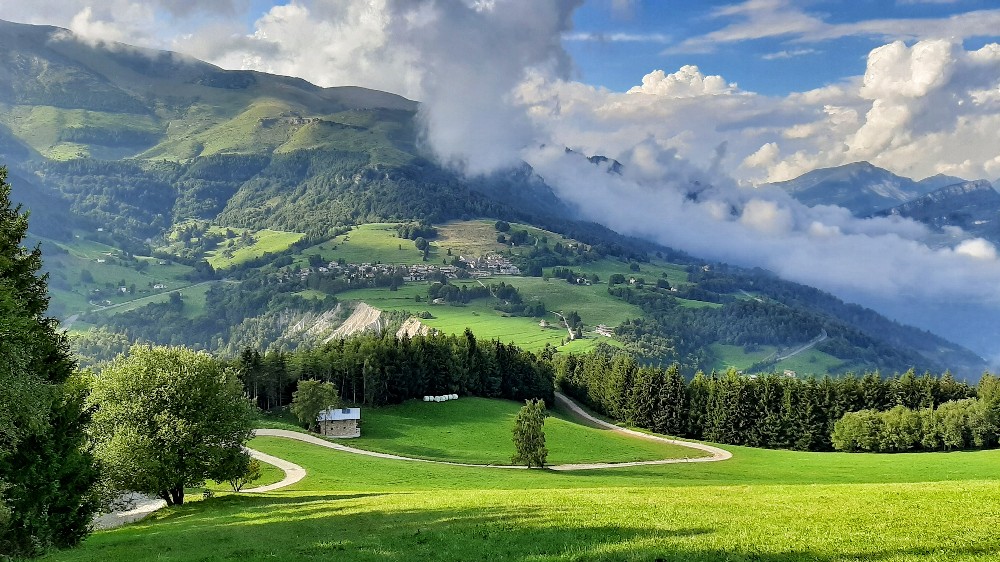 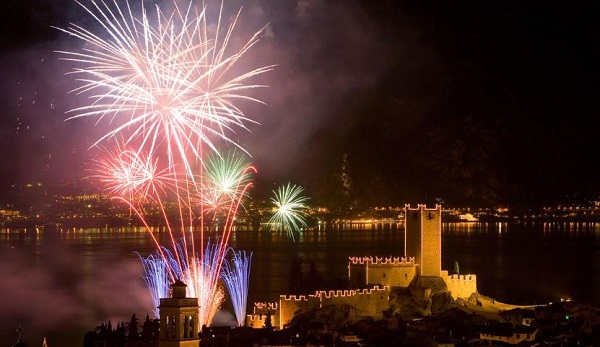 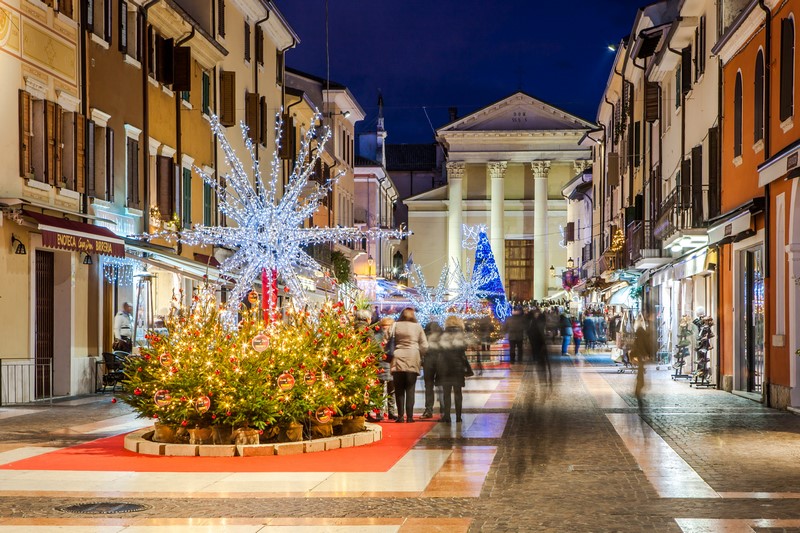